In this office pc build guide we dive into a cheaphigh quality component desktop computer for every day home or office use, web browsing, Excel working, research dwelling, Word document creating, HD movie watching, Netflixing, music playing, workstation PC. This is the perfect home personal PC or office desktop computer for those of you on a budget and in need of a cheap budget PC for every day use.

Prebuilt Vs. Build Your Own Office PC?

If you do not want to build your own computer, you can always buy a prebuilt office desktop and have it shipped directly to you. This will spare you the “hassle” of having to build your desktop. I say hassle, but the truth is, putting your PC together is a lot easier than you think(easier than Ikea furniture). In fact, it is fun, and you will feel accomplished afterward. You may even get addicted and start building computers for your friends.

Typically when choosing to buy a prebuilt computer, you are going to spend more money. In this case though, if you’re truly looking for a really cheap office computer, then you have the option of purchasing a refurbished computer at a fraction of the cost.

This refurbished Intel i5 is a perfect cheap work station for any light office work. Performance-wise, it’s comparable to the build your own, almost equal and cost wise it is the clear winner overall. An excellent option if you need to buy multiple desktops for a small office. While less powerful, it will get the tasks done on a budget. 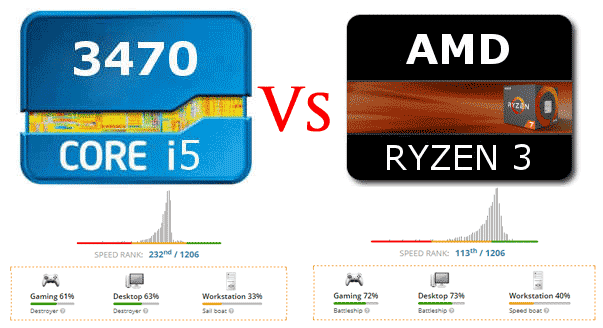 As you can see the Ryzen 3 does have an advantage over the cheap Intel i5. But the performance differences in these 2 computers are still minor. It all comes down to if you want a cheaper refurbished computer or a build your own which will be brand new and slightly faster. Both are great low-cost budget computers for light office and internet tasks as well as multimedia streaming and photo editing. For the price and power, you probably can’t do better.

The only real difference will be price, operating system, and upgradability. We’ll explain below.

The pre-built i5 has the huge advantage of not only being cheaper but also coming with Windows 10 which would normally involve you having to buy a license. So you save money on the back-end there as well as the front end cost.

The build your own AMD Ryzen 3200G has one major advantage. You can easily get 16GB of RAM (2x8GB) and be leaps and bounds ahead of the i5 which comes with only 8GB. You may also upgrade to the SSD option and it will no longer even compare to the i5. You can even go as far as putting in a low end $150 range graphics card and it is fully capable of modern-day gaming.

The bottom line, the i5 and Ryzen 3 3200G are both good computers for your everyday, light office work and entertainment tasks such as streaming Netflix, internet browsing, email management, and more. It makes a great entertainment computer to hook up to your TV. If you are indeed in this to save money and only need the cheapest computer for a receptionist type office environment, then both will work the same.

Conclusion
If you build your PC, you will have the option to upgrade and learn a thing or three about the inner workings of a computer. If you go refurbished prebuilt, you will spend less money. It’s up to you and your needs. I built the AMD computer for my moms’ husband, and he loves it and is even able to play older games on it. 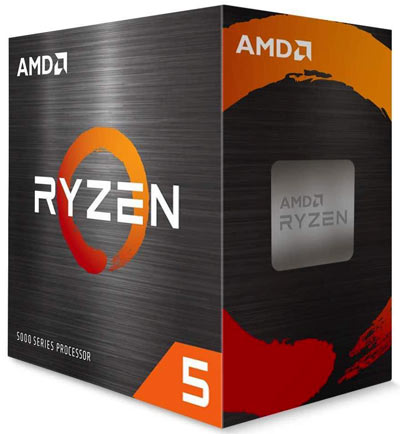 This list of components is 100% compatible for this PC build. If you decide to substitue any parts, be sure to check compatibility before buying.

Perfect Office Desktop
The AMD budget build is a great machine for any normal office tasks if you are on a budget and want a cheap internet browsing computer.
This cheap build is perfect for the average user. It will handle all the web browsing, Microsoft Office Word processing, movie streaming, normal Excel crunching, PDF reading, light to medium game running, HD movie playing, Netflixing, Youtubing your heart can handle.

The SSD, aka Solid State Drive, is a guaranteed way to maximize performance on the AMD build. SSD’s are leaps and bounds faster than the normal hard disc drives.

This computer can replace a $500 laptop and perform fine without overheating.

What You Need For A Current Budget Build

CPU: The CPU is the computers processor or brain. It will handle all the tasks you run. This CPU is built for light to medium office work and capable of multitasking.

Motherboard: The Mobo is like the veins of the computer allowing all the different components to interact with one another. For the AMD Ryzen 3 2200G, we must use an AMD AM4 socket board and that is exactly what we have for you here. A cheap yet feature-rich motherboard that is compatible with your processor.

DDR4 Computer Memory aka RAM: RAM, Random Access Memory acts as a current deck of processes and handles as many tasks as possible in the cache rather than from the hard drive. With the base build you get 8GB of RAM which is great for what you’re going to be doing but if you want to really increase the PC’s performance, upgrading to 16GB would be one of two ways to really speed your computer up.

Hard Drive: Western Digital 320GB This hard drive is only 320GB, but that’s way more than enough for most home computers. Especially with the fact that most office environments have Network Storage to save files to now. At 320GB you could save all of the Word and Excel-like Docs in the world and never worry. You can even store a vast mp3 collection and many movies. But you’re not going to do that at work, are you? The 320GB HDD is great for the least expensive version of this build, however, the best possible speed boost upgrade you can apply to this build would be upgrading to the Solid State Drive option. An SSD can increase your PC’s performance tenfold. You are no longer limited to the speeds of a mechanical disk drive.

Computer Case & Power Supply: There is not much to say about this other than it is a cheap case that will fit everything while saving you money. The same goes for the power supply. It is cheap and strong enough to run this system.

This super cheap $250ish computer is the perfect fit in your home office. It would work great for a front desk receptionist, sales rep, word processor, web marketing person or just about anyone. It’s a great way to save money if you need to buy several cheap machines at once. Not only will you save money, but you will also have built your first of many computers all by yourself.

As for the actual assembly of the computer from start to finish, it’s effortless.
The hardest part would be connecting the proper cables on the motherboard, but they are labeled and come with clear instructions. It’s much easier than one would think.

Sources:
Intel i5-3470
User Benchmark
AMD Ryzen 3 3200G
The SSD Advantage
Back to all computer guides